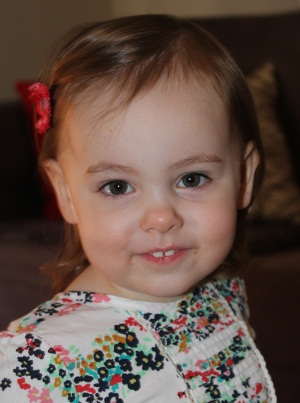 I can hardly believe it but our little baby girl has turned 2 years old.

It seems like only yesterday that Claire & I were off to the hospital for Evie’s birth. I still remember my total excitement, shock and awe when a little girl arrived as I was certain Hugo was going to have a little brother.

The day began as usual and we opened presents first thing. It was great this year as Evie understood the notion of presents and had a great time opening them up, of course Hugo provided ample assistance throughout the endeavor.

Evie received some absolutely gorgeous presents from everyone for her birthday, very spoiled indeed. She loves to play dress up and is forever wearing beads, walking around the house with a collection of handbags and wearing all manner of strange hats. Claire and I thought that a ballerinas tutu would be an absolute mash hit but it turns out Hugo was far more interested in it than Evie was. The pièce de résistance however was a toddler sized 3 wheel baby stroller, ohh how she adores that present. Evie straps her different dolls into the pram and goes barreling around the house, often chasing Hugo or being pursued by him while he pushes a shopping trolley or a walker – pretty hilarious. 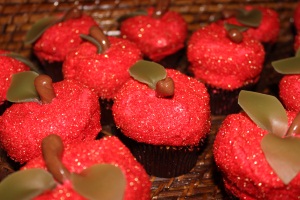 A fortnight ago we had a little party to celebrate Evie’s second birthday. Last year we had a ladybug themed party, which was incredibly cute and this year Claire decided to pursue red apple cupcakes & delicious biscuits. In case you were wondering, they tasted as devilish & evil as they look – sugar overload! The kids consumed more sugar than they should have, had a great time playing with one another and managed to stay out of mischief as well!

Thanks to everyone that was able to attend Evie’s 2nd birthday party and for the email’s, SMS & instant messages from those that couldn’t make it as well.

Next up terrific three, wow!