As a treat, every now and then I pop down to the local McDonalds on a Sunday morning and get some pancakes for breakfast.

The first time we gave some to Hugo, he wasn’t sure about it at all. After he saw Claire and I eating them, he grew more and more inquisitive. That led to him eating part of one pancake, to one and a half, to two. I now order three sets of pancakes and Hugo eats as much or as little as he feels like at the time.

Hugo started out eating them with his fingers and they were just plain pancakes. He then noticed the cutlery and subsequently, the butter and maple syrup. While he doesn’t eat them regularly with his knife and fork, he takes real delight in buttering them! 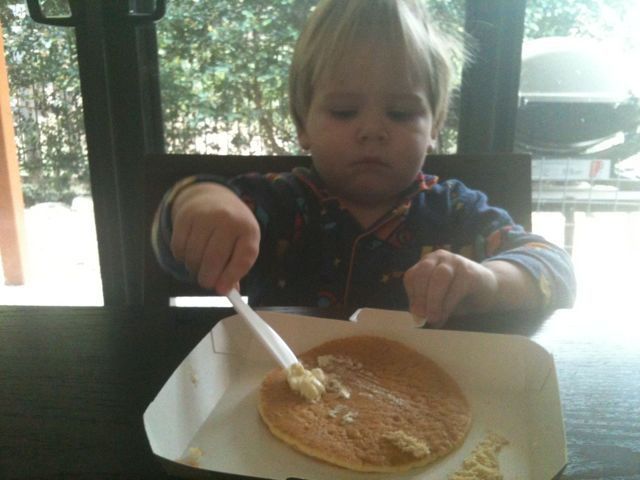